With an estimated budget of Rs 100 crore, the Kannada superstar’s next film plans grand release in multiple languages

Kannada superstar Upendra’s next directorial “UI”, a pan-India film, is creating all the right buzz.

Upendra, who rarely reveals anything about the film he directs or acts, has shown a glimpse of his new film, one of the most anticipated films in 2023. 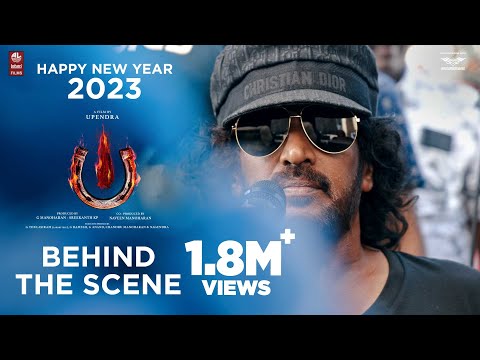 The makers released a 32-second, behind-the-scenes (BTS) video which got everyone hooked. While most BTS videos would have directors say light, camera, and action, here Upendra is seen instructing monitor, mocobot, stype, GFM, probe, 360-degree camera, lights, smoke, fire, roll camera, steady cam move and action. So what does it mean?

So what is Real Star up to? The Federal has got some exclusive information on UI.

Naveen Manoharan, the co-producer of the film, told The Federal: “One of the highlights in the film is that an entire sequence is shot on a virtual reality pipeline. This means that the shooting environment is virtually built in 3D and for the first time the makers can see the output while shooting the film. We are the first in the country to crack it. It is just like Industrial Light & Magic (ILM’s) creation, which developed a similar Virtual reality (VR) technology for Avatar: The Way Of Water‘.” Upendra is the first Kannada actor to get scanned in 3D, using 200 cameras.

Naveen claims the film, with an estimated Rs 100-crore budget, will have over 14,000 + VFX shots, probably the highest number of such shots used in Sandalwood so far. Motion capture, facial capture, and virtual reality are various innovative methods used extensively in the movie.

The shooting of the talkie portions is in full swing and the makers have shot in Bangalore, Mysore, and Hyderabad so far. The crew is erecting an 8-acre set on NICE road in Bangalore to shoot the remaining portions of the film. The set is 90 percent complete and the next shooting schedule will begin on January 20.

Naveen says there are surprises in store.

“Not many outside the core team will understand what’s happening. Even ‘set boys’ are clueless about what we are shooting. Owing to the technology that we are using, we have to shoot the film in small portions and it is worked out heavily in the post-production process. We will be able to see the final output only on the big screen and the way it’s coming up, I’m sure the audience will be awestruck,” says Naveen.

It is learned Ajaneesh B Loknath (Kantara fame) is composing the music for the film. While most songs will be shot in India, some could be picturized abroad as well. The identity of the heroine has not been revealed yet.

The BTS video was released at 10 am on January 2 as a gift by makers and within 10 minutes of its release, ‘UI” started trending on Twitter India. The 32-second video is currently #2 trending on YouTube.

The makers plan to release the film in 2023 itself, most likely in multiple languages.

The film’s title has been speculated for a very long time. Netizens have been coming up with their own versions for the title ‘UI’. While some speculate ‘U’ as Neenu (You) and ‘I’ as Naanu (Me), there are others who suggest that ‘I’ is electoral ink and ‘U’ as the fingers shape around it, referring to Upendra’s political party Prajakeeya .

Some say it could be Uppi 3 when the poster is seen from a different angle.